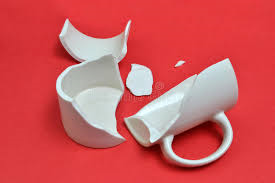 Creative Writing: How to Write Dialogue

First of all, don’t use dialogue just to use it. Does the scene need to have something in the character’s own words?  If it does, then evaluate what you have written through the following points to see how what you are doing with that dialogue.

Gaps are good. They make the reader work, and a ton of emotion and inference swirls in the gaps.

Want to achieve the same effect? Just keep your dialogue not quite joined up. People should drop in random things, go off at tangents, talk in non-sequiturs, respond to an emotional implication, not necessarily to the thing that’s directly on the page – or anything. Just keep it broken. Keep it real!

Want to achieve that same effect? Know that dialogue, the words people choose and the way they use them shows us the characters, as clearly as anything else in the whole book. We can hear their differences, their tentativeness, their longing. Understand your characters as fully as you can. The more you can do this, the more naturally you’ll write dialogue that’s right for them.

When you are writing memoirs, your job is to recreate dialogue, not create it. Sometimes, that means you cannot remember exactly what you said. In that situation, you can recreate it, getting as close as you can to what actually was said and what and how your character would have said it.

To help you get in their heads, even your own in the past, consider the following questions.

We also talked about character development. Remember, your forbears changed and grew just as you have. Explore how you can show that growth.

There are two basic types of main character (or protagonist) in fiction and you can use them in nonfiction:

You need to be careful about identifying which character is which.

Here’s a quick way to figure out what kind of character yours is:

You can already see how these three things need to intertwine:

So think through the people in your memoir…how do they fare as you consider their lives and character arcs. Just thinking through their lives as you know it, and as you begin to research it may bring back your own memories or guide you to other resources that would enrich your work.

For more on this, see:  https://jerichowriters.com/hub/character/