Chapter 12: The Planting, And a Cup of Buttermilk

Chapter 12  The Planting and a Cup of Buttermilk

The next morning John looked into the pit, as though looking down through the tunnel of time. He could see the wee pile left from the winter and knew t’would never give him a crop big enough to last for eatin’ through the year and have some for plantin’ the next. 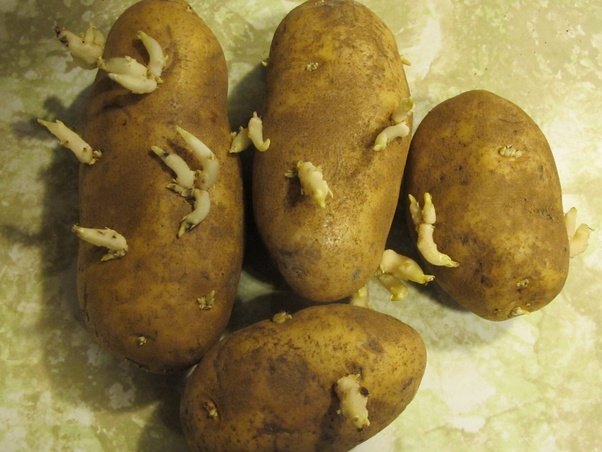 Still, at least he had sommat to plant. He called for the Patrick and Timothy to come help him. Together they went out to survey the fields riding up the hillside, the ridges meant for drainage outlinin’ the three-foot-wide lazy beds.

“Go on back there,” and he pointed to the patch behind the house where the cows and the pigs and chickens had left a deep store of manure. “Fill the buckets and spread it down the middle of each bed.” He saw their faces fall, and walked toward them, “I’ll help ye, I will. We’re the men of the household.  And as he patted their backs, he added, “ and ye must learn how to do the farm work like all the men of the Brennan family.”

Wee Patrick dragged his feet, leavin’ a line in the soft spring earth behind him, first the right foot, then the left. “Da, I don’ think I can carry the bucket full, I don’, but I do want to be helpin’, doin’ my part. It’s not that I want to be off playin’ about like I used ta.”

“Then, there’s the straw. We have to pull up the straw where the cows been layin’, the straw there close to the house. You can gather up an arm load and carry it up to top of the lazy beds, where the rain can’t wash it clear away, and string it along the middle. We must make the taties a safe home if we want them to grow healthy plants for us.”

Patrick looked at the mucky straw and the muckier manure pits and back at his da as he walked away. Then straightenin’ his shoulders, he began the work of gatherin’ up the damp, smelly and prickly straw.

“Ah, that’s a good lad, it is,” John called after Patrick as he and Timothy set to fillin’ the buckets with the rich black manure. Fillin’ and walkin’ the full buckets, fuller when John carried the bucket, and tippin’ it out down the center of the bed made a rhythm that carried them through the morning, a rhythm that slowed some, only as the sun crept higher in the sky.

“Twas a good job, ye did this morning,” John said to the weary boys when the three of them found themselves together behind the house. “Be on your way inside and tell your ma I said to gi’ ye a cup of buttermilk.” Looking after them for a moment, John thought to thank the Virgin they had made it through the winter, and noted the lads had not grown much taller since the fall. He dragged himself over to the pit where he uncovered the small pile of taties he had saved the winter when he had much rather fed them to the his family. But he was thankful to see them now waitin’ to be planted.

“Ach, if I could just feed the bairns these taties now, they might grow, but then we’d all starve the next winter.” And, with great sadness, he allowed out softly, like a prayer hoping the Virgin would notice and not be thinkin’ he was complainin’, “I’m not seein’ as how these few will be after servin’ us through the winter.”

“John, who are ye talkin’ to,” Johannah called out the back door. “I’ve a cup of buttermilk waitin’ for ye now, and if ye don’t hurry up, I’ll be drinkin’ it meself.”

“I’m comin’,” and wipin’ the stinkin’ stuff off his right hand, he fingered the rosary waitin’ always in his pocket, the rosary he trusted more than the fairies. The people were sayin’ they had made the fairies mad, they did. That’s why the crop failed. The people what put great store in the fairies said the famine came because they hadn’t appreciated the great piles of taties that they had in the past. Twas only a few years ago, they had enough taties to keep themselves fed and plenty more taties to feed the pigs and cows. John knew that many of the villagers believed the fairies were punishin’ them, but unlike some of the others up and down the road, John put more store in the rosary than the fairies. Still, you wouldn’t want to go out there and intentionally mess with the fairies, he thought as he headed into the house.

The cups of buttermilk drained, John sent the lads out to dig up the taties from the hole,

while he set to cuttin’ them in pieces, searchin’ always for one good eye in each small piece. Smaller pieces this year, he thought, and prayed the size wouldna’ matter, prayed he would find a great hill of taties under each plant by late summer when the first new taties would be harvested.

For days, John and Timothy and Patrick labored, plantin’ one long bed after another. And all the while John thought about what would fill their bellies while they waited 100 days for the first crop, the new taties to be ready.

Now they had to keep the weeds back from crowdin’ out the tatie plants, understandin’ that the same manure and straw that the taties liked, the weeds liked as well. And what was worse, John thought, he be after settin’ up a guard to make those hungrier than he was from diggin’ up the ground after the pieces they had just planted.