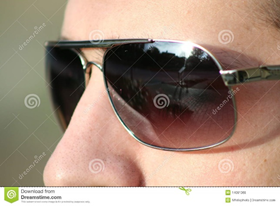 In Fourth Genre, Donald Morrill says, “Most of life is secret kept by banality” or ordinariness. So we should be looking for the words or behaviors that give us an additional opportunity for insight into who this character is. Just as we work hard to make our fiction characters rounded or multidimensional, we must do the same thing to bring our nonfiction characters alive.

Characters and their props – remember these choices were motivated by something and are used to say something.

Some examples in class included the following:

The guy who is a college prof and of small stature who always wears a cowboy hat and boots.

Wearing sunglasses all the time.

Hair – anything out of the “norm” – consider options, acknowledging that norms are defined by each culture .

Dress on a mature woman – maybe too short, too tight, too bright or masculine dress on a woman, possible reasons

Spend some time thinking through the following exercise:

Choose someone you have shared life with, someone who will or could show up in your memoir: a parent, sibling, relative, friend, work colleague or boss, and so forth. Choose someone you do want to know or understand better. Think about how they first appear in your mind when you look at them mentally. What do you see? What do you commonly associate with that person and why?

Now write a scene or scenes focusing on the importance of that prop. Here are two examples used in class, one more successfully than another.

Her beloved Uncle Dick sat there in his chair, the chair that everyone knew as his chair, an aging but still standing ash tray beside him, one that had stood beside his chair for as long as he had been her Uncle Dick. She could see blue smoke exploding from his lips, in ever shorter and closer together puffs as he picked up, puffed and laid down his cigar, over and over and over.

What could his prop, the cigar, and his use of it in this scene indicate? How does the narrator feel about her uncle in the beginning and how might she be feeling at the end of the scene?

Her hair still blond, her dress still styled to accentuate her voluptuous figure, the man next to her wearing similar oversized turquoise jewelry, an enormous silver belt buckle and silver studded cowboy boots. Rita walked through the crowd of her fellow graduates from 25 years ago to the small table of her old friends, the ones she had known since they were six.

What are the props in this scene and what is their purpose? What do they say about this couple?

So choose a person who shows up in your memoir. Use a prop in the scene, one associated with him or her to learn or show something about that person.

And in our next unit: the first three Wednesdays of November and December:

In Creative Writing we will talk about Writing to Publish. Students may continue working on current projects or may write with particular markets in mind.

In Memoir, we will talk about Organizing our Stories to Publish. Special attention will be paid to using prompts to stir our memories.