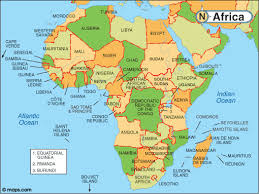 ADA LIMÓN said “I suppose anything is possible if you can eventually find a way out.” What do you think?

I came across her work as part of an assignment – to read this essay and write our own, so I did. Only I had to change it a bit. Ride with me back a few years and see how this country girls learned what can she could do when “push comes to shove.”

ADA LIMÓN said “I suppose anything is possible if you can eventually find a way out.”

I might change it to say “I suppose anything is possible if you can eventually see there’s an end to it.” Like childbirth. My mother said, “It is the worst pain you can imagine, but once you hold that baby, you forget about the pain.” She was almost right. The words she said should be amended with these, “until the next time.” I remember standing in the dark room (that’s how I remember it that Christmas eve) pulling my pants off so I could slide into that mortifying gown that reveals more than it conceals. I remember standing there thinking, “This is not going to be fun. I don’t want to do this,” as if it mattered what I thought. That train had pulled out of the station long ago, and I was not going to leave this place without getting to the next station. But I did, happier for the son we carried home with us.

Then came the day my husband got into an airplane to fly off to Liberia, Africa

leaving me with three little kids for the whole summer. Oh, and my driver’s license was six-weeks -old (late bloomer), and it was over an hour’s drive to the nearest family member. My son waved at every airplane that traced the sky that summer. I didn’t because I knew his father was in Africa, in the bush somewhere, not in the airplane. Somehow I drove hundreds of miles that summer, 60 miles in one direction to carry the grands to see their grandparents, or 75 miles in another direction to teach a week’s worth of vacation Bible school.

I wish you could have seen us on the drive back to Clarks Summit all the while trying to keep an 18 month-old in his car seat, the kind that did not come with a seat-belt. But their Dad did come home, and I don’t know who was more tired when he got back from Liberia. He was still recovering from a week’s worth of food poisoning, and I was exhausted from all that driving and herding kids and praying he would come home safely. And did I say our son had to wear braces on his feet at night, and I was terrified he would lose his balance climbing over the crib side and who knows what would happen then, so every little noise…you know the drill.

Five years later, I was again alone with three kids, a little older, but still children, and we all were in Chad, Africa though Daddy was 400 miles to the north of us. The four-seater MAF plane which was to take us from the capital to our destination in a little bush village could not hold all five of us and the pilot, so guess who got to come overland by truck, but that’s another story.

The kids and I spent our first night alone in Koumra sleeping on hospital cots with mosquito netting to protect us, (use your imagination here) and then there was the kerosene lantern the other missionaries sent us to the house with. I had never seen one before and couldn’t figure out how to turn it off which turned out to be a good thing after all. I just set it in the hall between my room and the one where they slept. The next morning we heard only that there was an attempted coup in the capital, the one Jim was leaving from, and lots of gunfire, but the doctor was sure they would be OK. And they were.

Two years later in September, Jim broke his leg in Africa and had to fly home or probably lose his leg. So he got on another airplane, and the kids and I waved good bye, me knowing all the while that would be the last time we would talk to him for an unknown period of time. (This was pre-internet and pre-cell phone – and not that it matters, pre-electricity for our home in Africa.)

Anyway, I kept a routine of home schooling teaching my English and Bible classes, and buying vegetables and eggs from women on their way to the market, and praying we would all be safe. I did have a plan that if war came to our part of the country, and I thought we were in danger. The kids and I would climb up the shelves of the pantry and push a sheet of plywood out of the way. Then I would do my best to keep the kids quiet up there, lying on the plywood, probably all covered with bat dirt and lizards until the bad guys left. But we never had to do that. And four weeks later, a truck pulled in and Jim hobbled out, with no cast.

I look back on those stories, and too many more to write here because I have to make dinner, and I am sure that “anything is possible if you can eventually see there’s an end to it. And you are confident that God is with you.” Because I was.

One thought on “ADA LIMÓN said “I suppose anything is possible if you can eventually find a way out.” What do you think?”