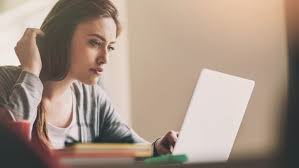 Note to Nonfiction Writers – whether you are writing memoirs or historical fiction or family history, remember it is the conflicts you or your family members have experienced that form the backbone of your story, so this is for you as well.

This week in class we are going to look at something you are experiencing and maybe noticing more during this unique time in our nation’s or your own personal story: conflict.

So let’s look at some tips to help you to create believable conflict in your work.

Think about your characters: what is there about each of the primary characters that could breed conflict?

1. Think mannerisms, passions or how the character behaves because of the passion..

3. Is there is something about the character(s) that naturally draws attention to them? Any of those things can cause or bring conflict into a situation

Vary the conflicts in your story, perhaps from smaller ones to the key conflict that holds the story together. Remember: every scene in your story should contain conflict regardless of how minor it may be.

I took a course where the professor used a movie to help us see conflict in scenes. She would play maybe a five minute segment of the film.

Then we were to discuss what we had seen and identify the conflict in the scene.

How was it introduced?

Who was the protagonist? Who the antagonist in this scene?

Is this a big  conflict or smaller one

and what does it show us about the individual characters?

This course made a huge impression on me and you might want to do a similar exercise at home.

Watch a film in short increments.

Stop it and identify the protagonist, his or her goal, the antagonist and how he or she gets in the way, and thereby identify the conflict.

How is it developed?

Remember, every scene in your story must have some conflict, and maybe even several. Each conflict has a purpose. You can use conflict to reveal more about the character or to move the story forward.

To do this you must make sure you do not have cookie cutter characters.

This is a good time to do some people watching or studying, whether it is on television, or in a movie, or even just the people in your environment.

Watch for the arrival of conflict and how it affects people and how they deal with it. This exercise will help you a great deal when you write your own stories.

Now, consider conflict that could arise from inside the character’s own mind.

Homework: This week write a scene, perhaps from your on-going work, that involves conflict. You may not want to write a whole chapter for this assignment, but think through one scene where you can apply the material in today’s notes.

Thanks to Penelope Redmont for this outline found at https://peneloperedmont.com/writing-fiction-3-tips-to-help-you-to-create-believable-conflict/