Did your parents walk two miles to school uphill both ways no matter how deep the snow was?  I think a lot of us can remember a story something like that when we complained about the walking to school or the bus stop when it was raining or snowing or so cold your nose hairs froze.

They really did, the nose hair thing. My sister and I had about a third of a mile walk to the school bus stop, down hill in the morning, a good thing, but all the way uphill at the end of the school day, not a good thing.

And though that particular road is now nicely paved or macadamed, something like that, it wasn’t then. Back before ketchup or in the later 1950’s, it was a dirt road. The kind of dirt road that in the spring, I heard grown-ups say, “The bottom fell out of that road.” I wasn’t exactly sure what that meant except that mud could suck your boots clean off if you weren’t careful, and there was no way we invited any visitors up our hill till the mud dried out.

Still I have fond memories of walking to school to the tune of a thousand birds and the fragrance of lilacs in the spring and the finding the first pussy willows, a big deal to me. Then there were the not so fond memories of tent caterpillars dropping down from the tree canopy that stretched from one side of the road to the other and the bulls that stared over the pasture fences along the road.

About those bulls, they had cow friends and one day they broke out, the bull leading the cows through the spring mud into our yard and right through my mother’s clotheslines. Back in the day when people used clotheslines for all the clothes! I once heard the dollar amount of the damage those animals did, but I don’t remember our getting any of it. I do remember my sister being stuck in the car when she drove home from her night shift at Robert Packer and being too scared to risk the run into the house. Ah, country life.

And since we are talking spring mud, I remember riding the bus home one afternoon with the water flooding the Towanda flats right up the steps on the bus. I can imagine 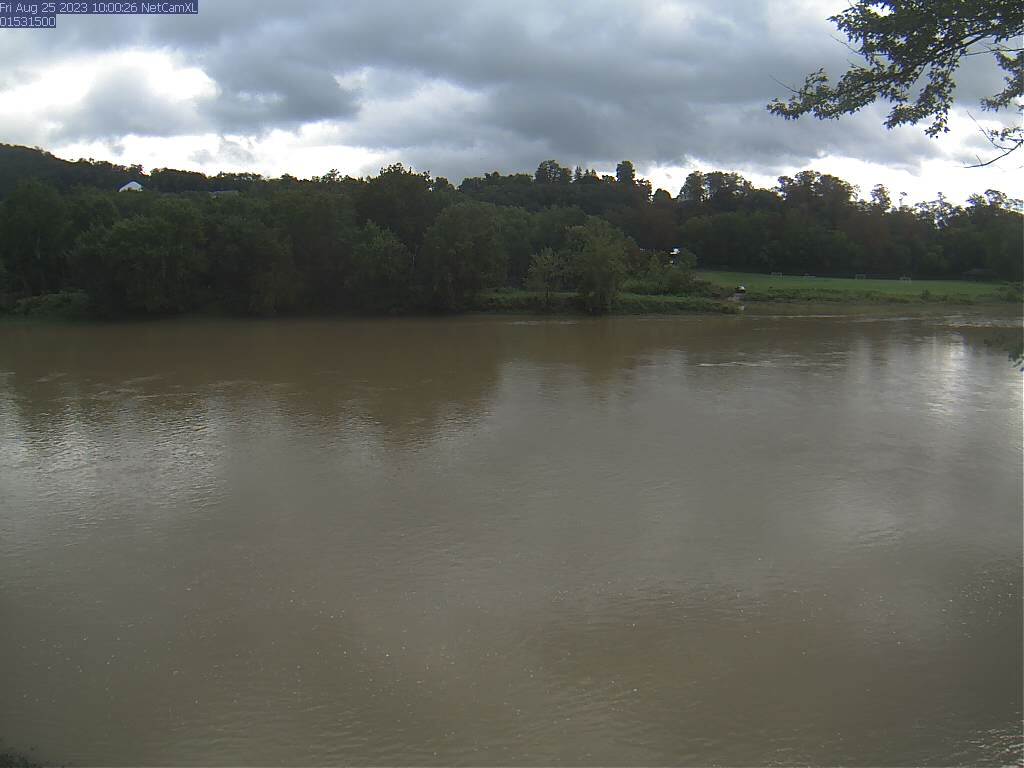 our bus driver, Steve Strickland thinking through the problem – risk the flood waters or be stuck with a busload of wound-up kids. Obviously we made it, and it was an exciting story to live and to tell.

Bradford County didn’t just have lots of rain in my childhood. We had snow!! I remember being snowed in for a week when I was in elementary school. Again, hazards of living up that dirt road. From our house on the hill overlooking Towanda, we could see the plows cleaning the main roads, then the secondary roads, but it took a while to plow our road when we had no neighbors any further up the road.

It was fun at first, playing in the snow, making snow angels, building snow forts,

throwing snow balls. But then I overheard my mother say something about hoping the food lasted. We were six kids then, my two siblings, and my brother’s three kids (his wife as in the hospital). I still remember watching my sister putting sugar on her cereal, corn flakes needed sugar back in the day, and warning her that we had to be careful because we could starve to death. I might have been a little dramatic back then.

I still remember that day when my father fashioned snow shoes and set off for a grocery store in Towanda and how we watched him cross the flats and all day worried the windows watching for him to return. It must have been after dark when we finally heard the clump, clump, clump of his steps through the back room and into the kitchen. I’m sure he brought milk, and bread and eggs, but I remember the oranges. It felt like Christmas.

So what’s the point of all of this wandering down memory lane? Maybe it’s the rain and the ice and the spring floods that bring it all back. And perspective, so much of life is about perspective. To a child, much of those adventures with being snowed in and flooded out were just adventures. But as adults, we can thing of all the worst of possibilities.

Maybe we need just a bit of the child in us to help us through the challenging times of today, that adventurous spirit and the simple faith that God will never leave us nor forsake us. That though scary times come, He will walk those steps with us. I don’t know about you, but that helps me.