Did you ever watch a long line of dominoes fall? You tap the first in the line, even if they 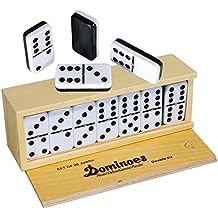 stretch across the table or the floor in a circle or squiggly letter S, and the same thing happens. The first one leans back until it kisses the one behind it and that one leans into the one behind it, and you watch until the whole of the line tumbles down.

I think that’s what happened to me last summer when I first heard about the availability of a tiny house to try out back in Bradford County closer to my roots than ever I imagined. It was a few lines on facebook, conversations with my husband, with a friend, with a lot of prayer and the first domino fell, and we moved into a tiny house for a month.

It was our visit to the Catholic cemetery up on Irish ridge to see the graves of my greatgreatgrandparents who had emigrated here from Ireland in the 1800’s that signaled the tumble of the second domino. We found the Brennan Lane where it is likely the first American Brennan farm spread out and another domino fell. Then they came more rapidly as one of my writing students told me about My Heritage, a genealogy site online, and another domino fell as I traced the Brennan line down to my name right there under my father’s name Robert Brennan.

As I walked into the house this afternoon, home from teaching my library writing classes, honestly, I was beat, but not too beat to take a look at the remaining roses in my garden. I have been watching the last of the blooms hoping I would see them turn into glorious red velvety roses before the frost took them away.  Hmm, my father would have done that.

I bought a bigger bag of potatoes this last week. I’m not sure about you, but I love to

make soup and the temperatures are heading south into soup weather. The potatoes? To make potato soup, the first soup I learned to make, for my father, coached by my father. I think of him every time I chop some onions, saute them in butter and add a couple of diced potatoes in water or broth to cover. Then I simmer them til the potatoes are soft and mash some of them into a creamy richness.  Sometimes I add some milk, sometimes even some diced ham or bacon or even some grated cheese, but I always start the way he taught me.

And on Monday I gave blood. I was seven the first time I realized my dad was a long time blood donor, red plastic drops of blood in honor of all his donations lining the brim of his hat. I don’t have any plastic drops of blood to show the blood I have donated, but this domino doesn’t need to be seen. I know it’s there, and I know it’s because of the kind of man my dad was.

What’s happening with your dominoes? The ones with the images of your parents stamped on them, and the one with your image?

See www.simplyrecipes.com/recipes/potato_leek_soup/   for a modern take on the potato soup.