If you could see the gardens at our house, the ones on either side of the driveway and the one behind the house, you would see an assortment of rocks and even some shells. No, it’s not because we live in Pennsylvania, the place where God deposited all the rocks left over from creation. These rocks and shells were laid in there among the plants intentionally.

As reminders, memorials, like those I have been reading about in the Old Testament. Over and over we see the people of Israel piling up rocks as a memorial of some

profound event, like crossing the Jordan River.  These memorials reminded the people that “the Lord’s hand is powerful and so you might fear the Lord your God forever.” Joshua 4:24.

And our rocks, the ones from all over Bradford County, like Camp Brule, Sun Fish Pond, World’s End State Park, and the swimming hole known as Lamoka out Schrader Creek, all have special significance to us, reminding us of great days full of joy.

My husband spent many summers and some winter retreats at Camp Brule as a Boy Scout camper and counselor. The experiences there and the counselors all helped form him into the man he became.

I grew up going on regular picnics to Sun Fish Pond up in the mountains of western Bradford County with my family. Later my son and son-in-law camped up there on a fishing expedition with their boys. Jim and I joined them and I made blueberry dumplings at the edge of the campfire for dessert following our picnic. Definitely a place to remember. 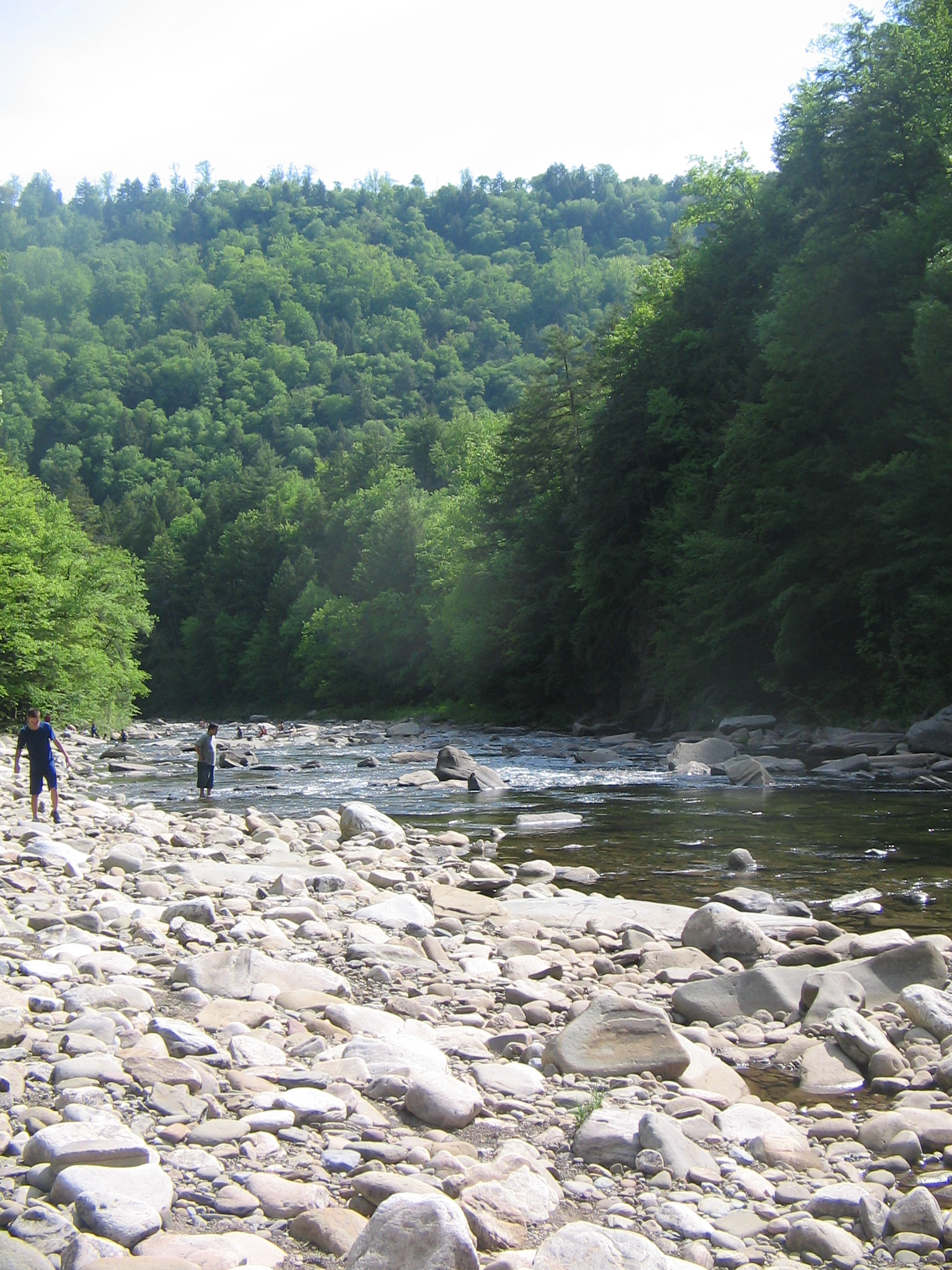 World’s End State Park was my first family outing with Jim’s parents when we were dating. And then a bunch of us from my graduating class went out there on a picnic. Full of memories, the air is there, along the rocky creek at the “World’s End.

And then there is Lamoka, where I waded as a toddler, went on family picnics as a tweener, and then made picnics with my future husband as a teenager. Our middle child wanted a picnic there for her graduation, and since then we have taken several of our grands out that dirt road into the wilds of Pennsylvania’s forests.

So the rocks in our gardens are memorials of those events, reminding us of joyous occasions, bringing back the adventure and laughter and times of memory making. But they are more than that.

They remind us that we get through the hard times, the black garden dirt signifying those times, to get to the precious memories we cherish. Today I thank God that we trusted Him to see us through those hard times, the times of loss and illness and hurt because I see the rocks also as memorials to God’s love and faithfulness and the truth of His words, “I will never leave you nor forsake you,” Heb. 13:5.

thankful for words written before this nightmare of another school shooting…words reminding me of where to look when the evil one would drag us down into hopelessness.

The first picture was borrowed from

The Perpetual Pilgrim   making every step of life sacred at https://theperpetualpilgrim.com/2017/01/11/cairns/&nbsp; Check it out!